l just couldn’t help putting my finger to keyboard this morning, when l heard the news that the police in England and Wales over the past 3 years have had to seize almost 5,000 dogs, suspected of being banned breeds. (These will now be on death row.)

The RSPCA have announced that they want the Dangerous Dogs Act to be changed, so dogs are banned on the basis of behaviour not breed.
Meaning, that these dogs would have to go through rigorous behaviour situations to test their character and behaviour in everyday situations…..fantastic news.
l am all for it, and always harp on about ‘ A high percentage of behaviour is inherited ‘.
But unfortunately , as usual the man power and cost of policing such an operation could be a stumbling block.

So, here l go again…..
Could we not implement a new law making it compulsory for anyone contemplating becoming a ‘Dog Breeder’ to have to have a Breeders Licence.?
This licence will be for the serious bog breeder….not the ‘back street’ type. And will not be cheap!!
And if caught breeding without this licence……the fine will not be lenient.

Previous Post: « Ever Thought of Going Pink?!
Next Post: THE 5 BIG FACTS every dog owner should be aware of » 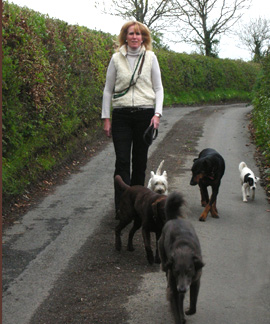